Tactical Form Positions
The Formations and the Theory! 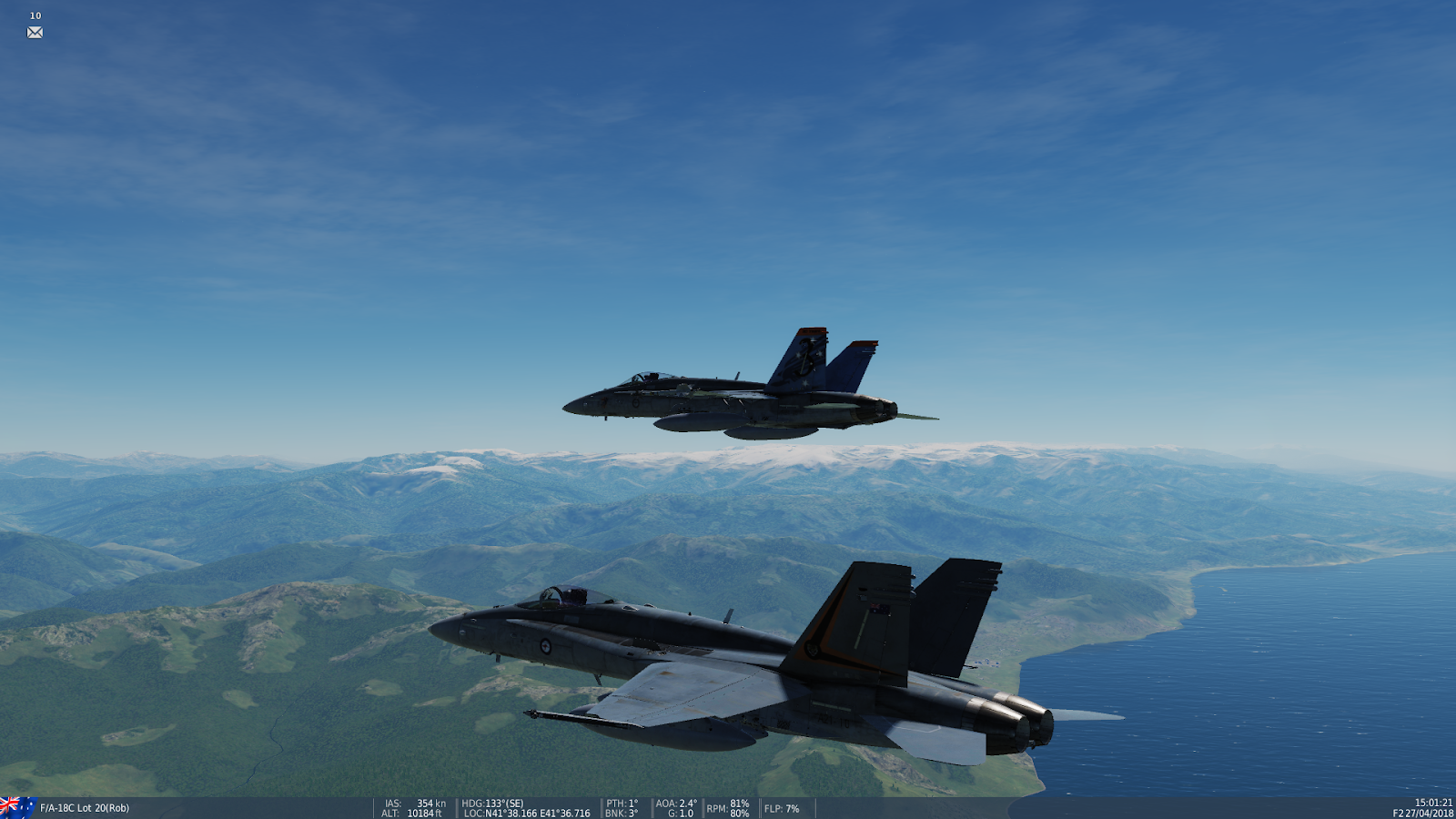 Formation why fly it?

We fly formation because:

This means that people need to: 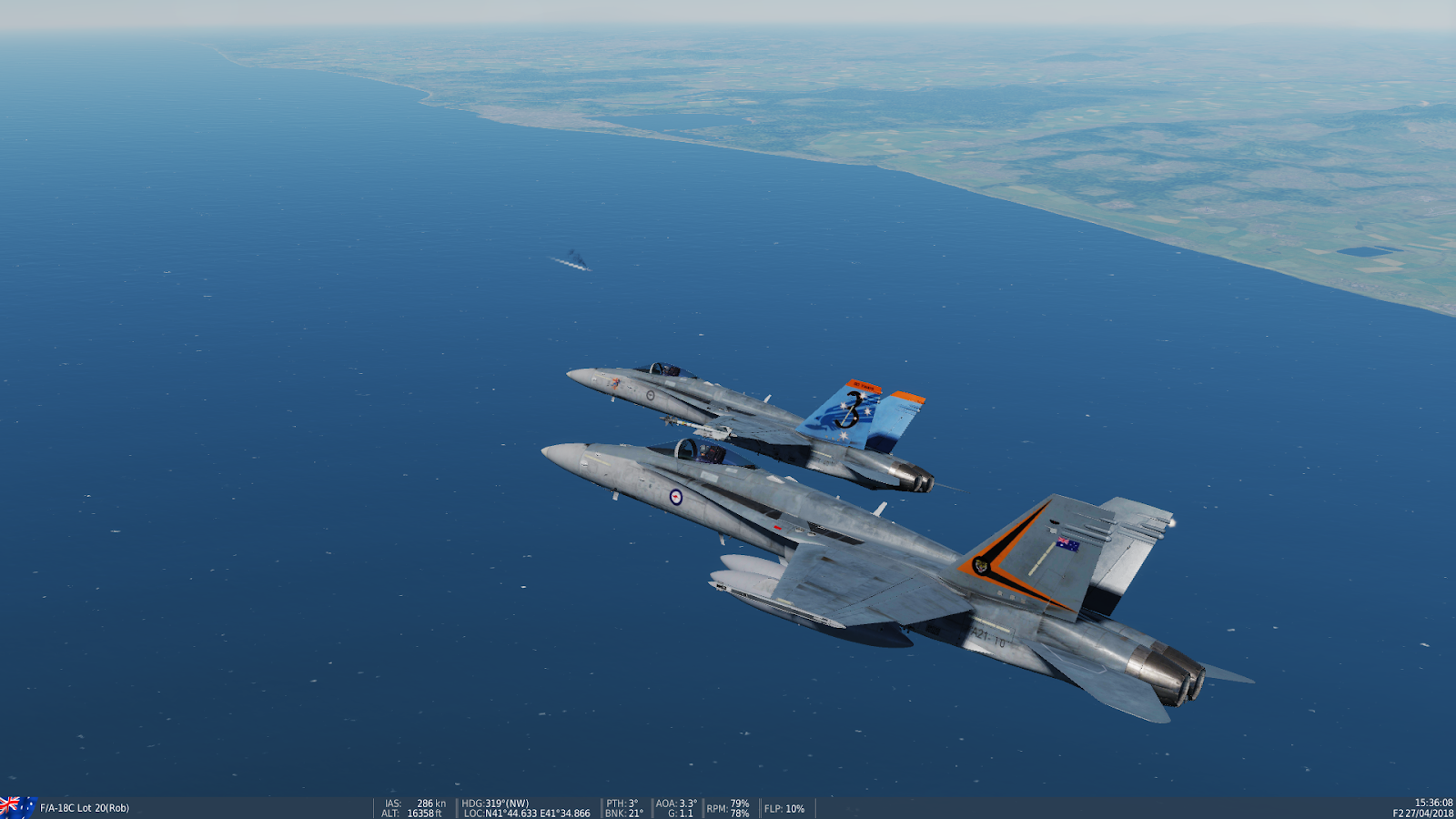 The most basic Formation an Element, an Element consists of 2 aircraft.

Lead – the guy in charge of the Element, keeping it going were its meant to be going.

Wing – The guy flying on Leads wing, his job is to be there and act as an extension of Leads will. He’s an extra set of eyes, extra weapons and a extra set of sensors. 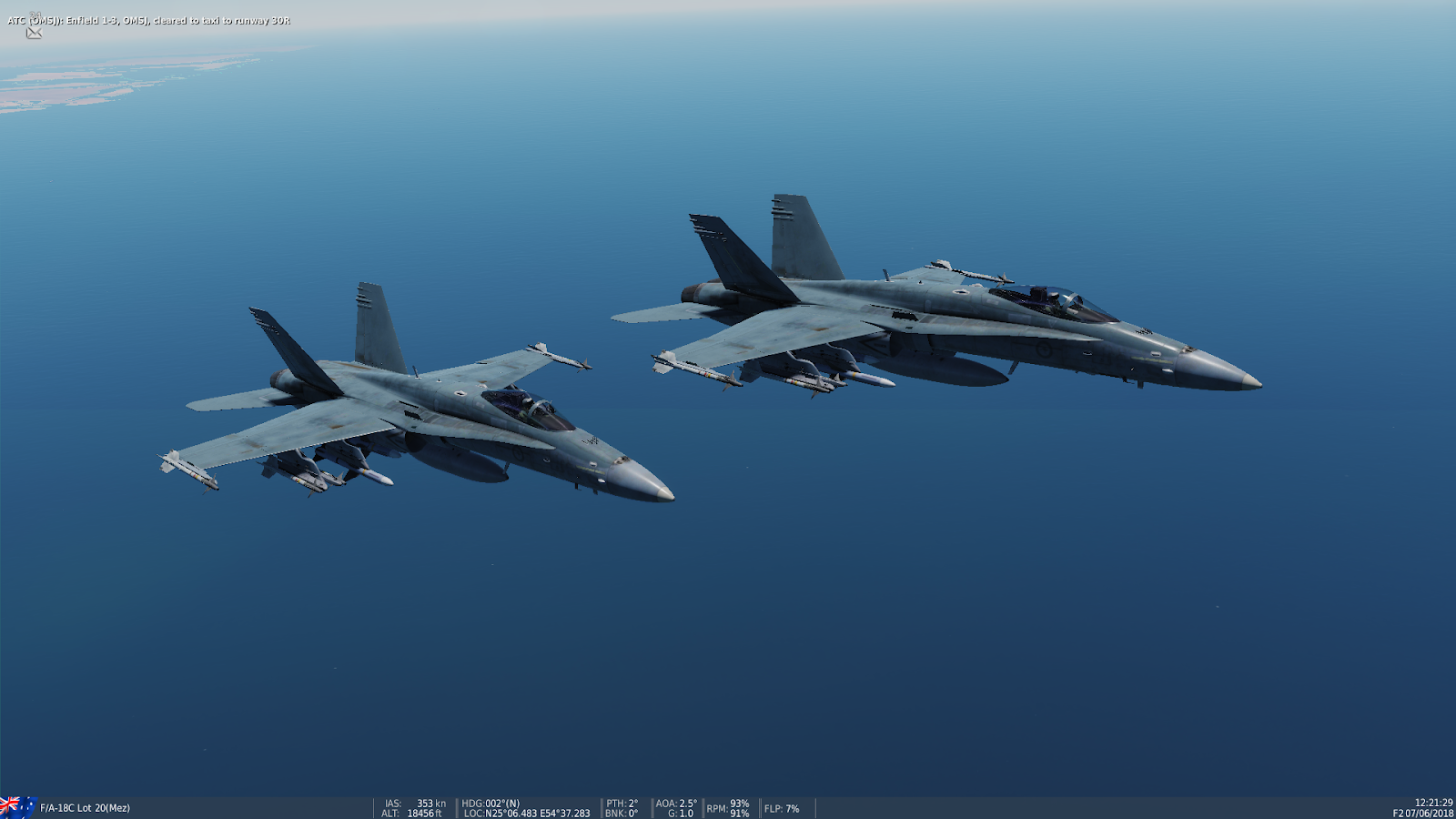 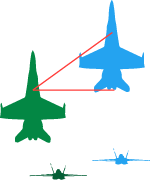 While it looks cool, Parade isn’t flown often in combat!
Wing flies about 45 and slightly in trail on lead it is a Tight formation, doesn’t allow for rapid moves by both aircraft. Both AC are typically within .1-2 nm of each other.

Echelon Formation almost the same as parade, except that the distance between Lead and Wing is far more dynamic. Can be ‘Close’ or ‘Loose’ also refereed to as ‘Close’ or ‘Far’ etc.
Close is .25-.5nm
Loose is .5 – 1.5nm
We don’t use this formation a lot at TGW because we prefer to use Combat Spread.

Combat spread is also known as ‘Line Abreast’ it is flown typically at Co Altitude -1,000 to +1,000 with 0.75 – 1.2nm spacing. Combat spread allows for mutual support and easy formation moving as well as giving room for defensive/offensive manoeuvring it also helps lead judge the distances for weapons release far quicker as all weapons are at the exact same range. 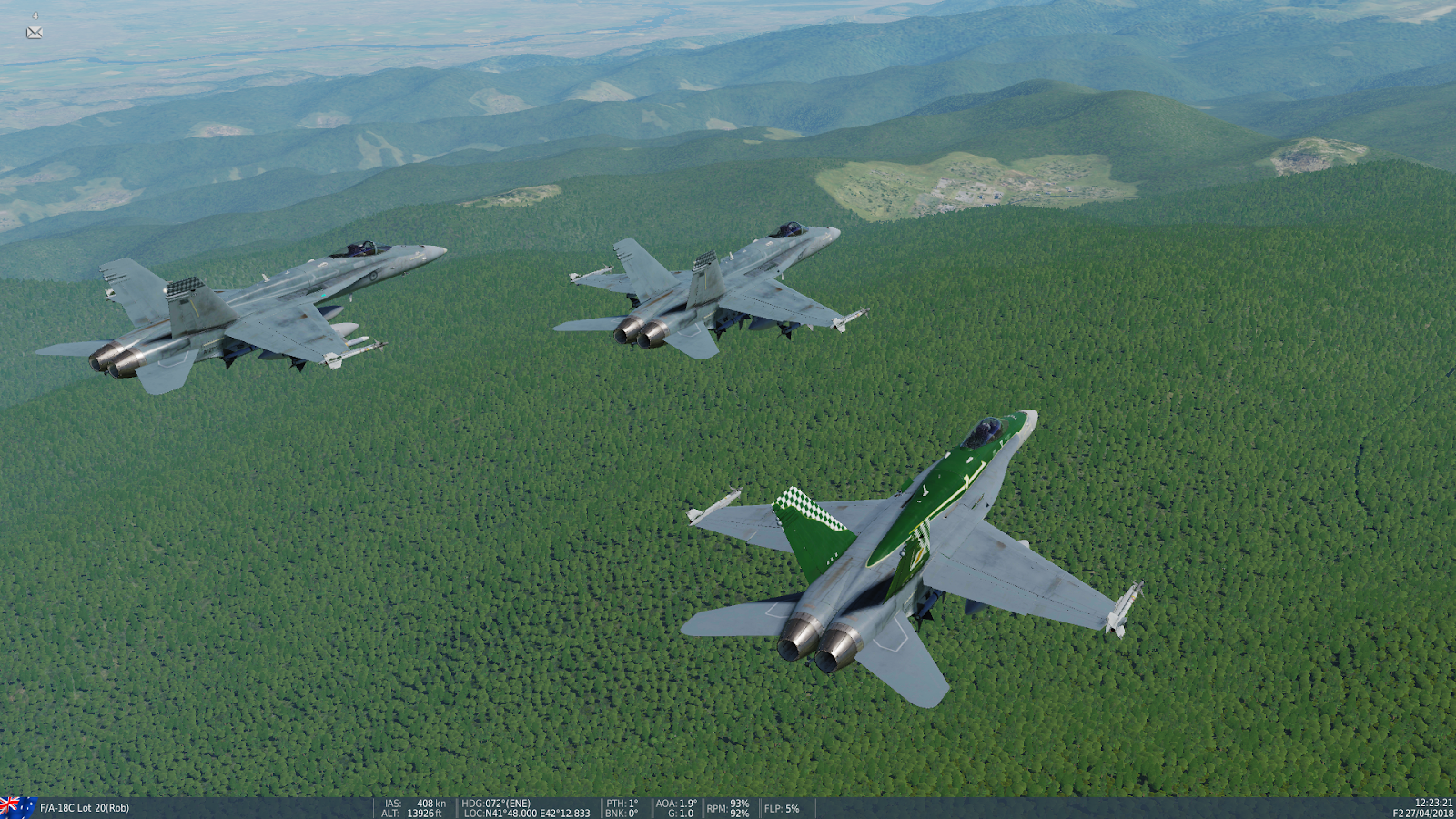 A flight consists of 2 elements.

Formations in a flight are the same just larger, when in a flight Element 2 is Callsign 3 & 4, but follow the Flight Leads orders unless split from the group.When they split out from the Group 3 becomes the flight lead for the second Element. Normally you try and have your most experienced formation lead in the 1 position and the second most in the 3 position.

How to get from a to b and keep together. 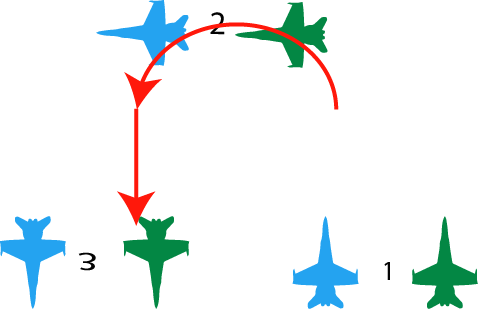 In place turns are used to turn 180 degrees and keep formation geometry except mirrored always is a 3g Turn the steps for conducting a in place turn are as follows:

Executed with ‘In Place, Left/Right’ 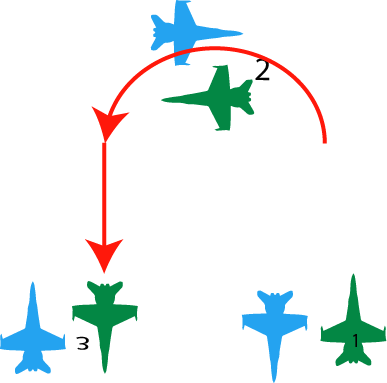 A cross turn is used to turn 180 Degree’s while keeping the formation geometry in the same position. It can also be used for allowing quick and rapid clearing of a wing or leads tail. 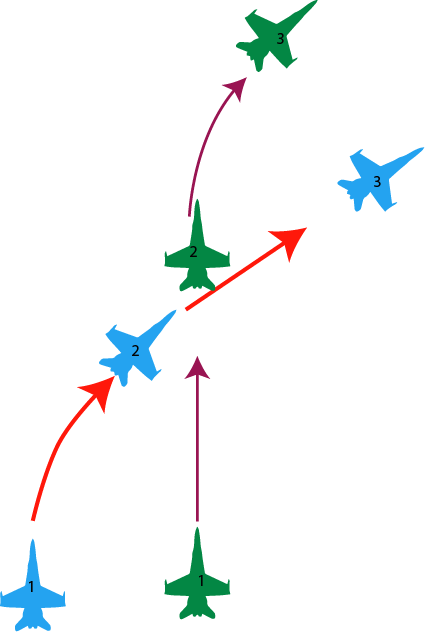 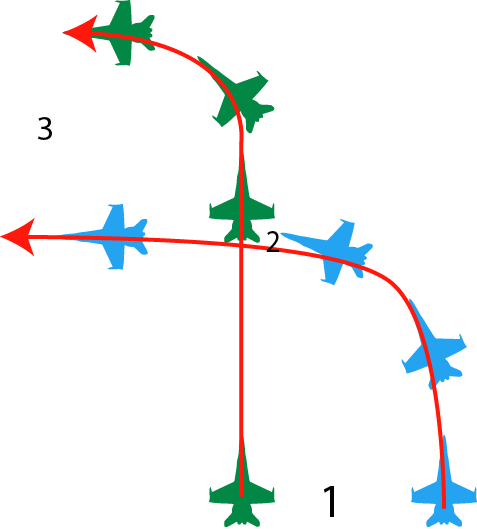 Used for turns 45 degree’s or more but less then 180 it maintains formation Geometry, but mirrors it. Can be used to fix geometry issues if required as well by adjusting the timing on the turns, it is always a 4G turn. 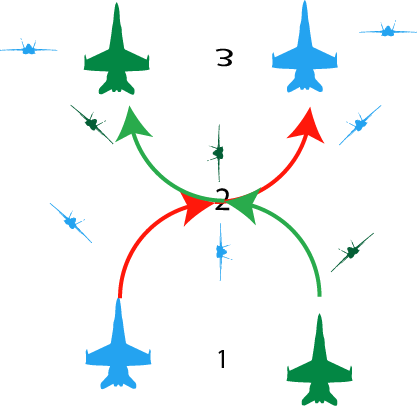 A shackle is used to maintain same direction of flight but reposition a flight member within the formation. It is used for clearing, changing position for weapon employment etc, it can also be used to fix spacing issues.

A shackle is excuted with ‘Flightname, Shackle’ eg Magpies Shackle.

Rob is the server monkey and founder of TGW, he grew up a RAAF brat, and has had a love of aviation from well as long as he can remember in large part thanks to his dad and mum. Sadly medical issues mean that dream won't ever come true, so instead he tries to recreate it in virtual space. He's programmed for Flight Sim, designed ATO/Tasking and simulation systems for VSOA's, made a virtual PC9 fly correctly and its systems run properly, Beta tested for P3D, done concept art and design work for a best selling author plus more. See more about Rob at his personal website http://robgraham.info

Register For This Site